Votes for Schools (VFS) is a debating programme that helps to support a wide range of skills that contribute to the character development of students. Each form group will be allocated two, 20 minute sessions each week to actively engage in the topic, consider their individual stance and potentially verbalise their own views and justification for these. In the first VfS session of the week, students are introduced to a current affairs question/dilemma and presented with information on both sides of the argument. During this session students are also are set various tasks centred around group discussion and other interactive tasks. In the second VfS session, students are asked to vote for whether they agree or disagree with the ‘motion’ or whether they answer ‘yes’ or ‘no’ to the session’s question. Students are then asked to construct a two-minute speech to articulate their point of view. Students do this with the assistance of additional sentence starters included in the students planner At the end of this session students’ votes are added anonymously into the VfS website where results are collated and presented in line with regional and national responses from over 2000 schools. The VfS initiative is an effective and popular aspect of tutor time provision among both students and staff which is also supported by staff from the English department as part of the Academy oracy provision.

Votes for Schools is an online voting system created to give all young people a better knowledge of current affairs and get them voting! Students use tutor time to discuss and vote on issues and current affairs such as:

'Are communities strengthened in a crisis?'

'Could we live without single-use plastic?'

'Would the suffragettes be happy with today’s Parliament?'

Votes for Schools has a team dedicated to creating downloadable lessons that tackle some of the biggest issues for children and young people today. We help young people make sense of the world.

After each lesson students vote, making their voice on the issue heard. Our voting platform enables your school to see how your students have voted compared to the national picture as well as broken down by age and gender giving you a real insight into what they think and feel about a range of diverse issues. Votes for Schools supports the teaching of SMSC, British values, Prevent, and Life Skills. 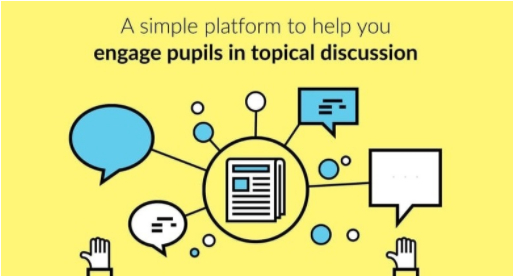 Votes for Schools works alongside influential bodies such as government departments, police, media, celebrities and charities who respond to the students showing them their voice is being heard. If you want to get in touch with Votes for Schools, their contact details are available on their website, votesforschools.com